NCDOT announced that the western segment of the Northern Beltway would move up construction from 2024 to 2021 for the segment of the highway between U.S. 52 and N.C. 67.

Construction will start on the segment from N.C. 67 to Robinhood Road in 2023. Earlier reports had it scheduled for 2027.

Meantime, the eastern leg continues to progress. Construction has already begun from Business 40 to 158 & to New Walkertown Rd.

Before the NC Supreme Court ruled in the landmark Kirby v. NCDOT in June of 2016, none of the western leg was even scheduled to be constructed. The impact of inverse condemnation property owners who filed litigation played a significant role in getting this on the construction schedule.

State plan: Widen I-40 to 6 lanes between Winston-Salem, Guilford 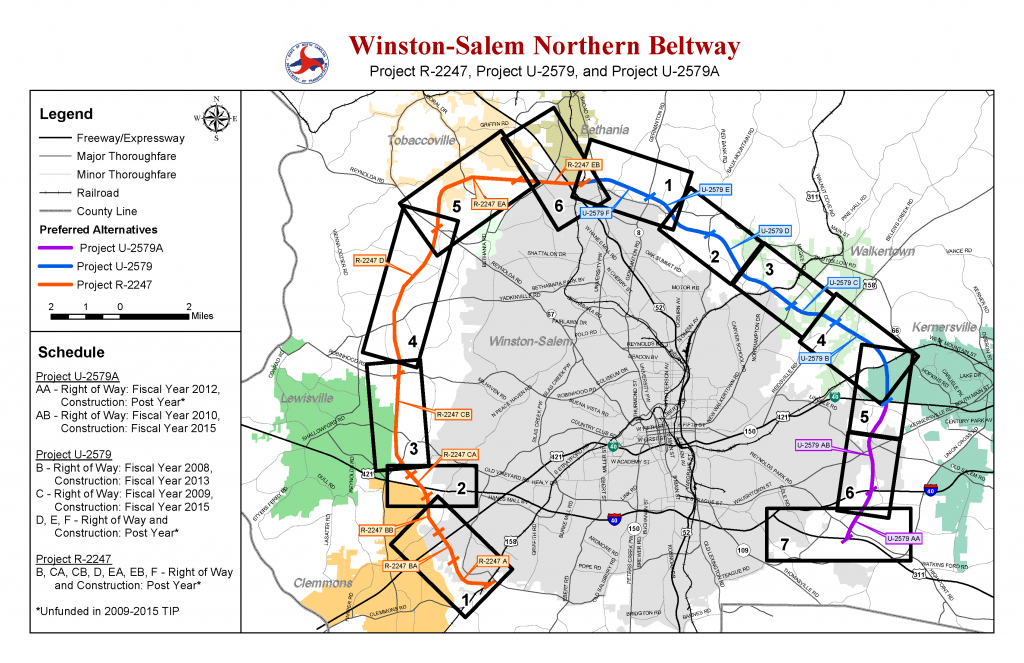